Any Woman's Blues: A Novel of Obsession

In the seventies, Erica Jong taught women how to fly. Now, with Any Woman's Blues, she shows them how to land. The protagonist, Leila Sand, is an artist, mother and world-class celebrity who has a serious addiction: 'Dart' Donegal her lover, a fatally handsome narcissist who alternately drives Lela into orgasm or the bottle. Afraid that giving up the ecstasy, as well as the pain, will mean losing her creative edge, she knows too that giving in to it is a sure path to self-destruction.

1
SUGAR IN MY BOWL

I am woman in the grip of an obsession. I sit here by the phone (which may in fact be out of order) and wait for his call. I listen for the sound of his motorcycle spraying pebbles on the curving driveway path. I imagine his body, his mocking mouth on mine, his curving cock, and I am a ruin of desire and the fight against desire. I don't know which is worse--the desire or the antidesire. Both undo me; both burn me and reduce me to ash. The Nazis could not have invented a more cunning crematorium. This is my auto-dafé, my obsession, my addiction.

Friends come to me and urge me to give him up, fill me with reasons, all of which I agree with. They do no good. What I feel is something that does not respond to reason. Older than Pan and the dark gods and goddesses lurking in the shadows behind him, this burning I feel is in fact the primordial force of the universe. Who can explain that I have chosen to attach it to a blond boy-man who pours his lies in my ear as he pours his seed in that other place? Who would believe the addiction, the obsession, the degradation, or even the love? Only one who has felt its fire. Only one who has also been burned in that fire and whose skin has crackled like the skin of medieval martyrs.

But most women do not have the luxury to feel that fire. Nor, in fact, do I. In my waking life, I am a successful woman (does it matter for the moment what I do?), known as a tough deal-maker, an eagle-eyed reader of contracts, a good negotiator. All that I know of life from the other sphere does me no good whatsoever here. You might even say that it makes me more vulnerable. For the tougher I am in the lawyer's office, the more I desire to be tender here where the thought of his cock reduces me to ash.

Let me tell you about his cock. It is clawlike and demonic, a true prong. It has a curve where it should be straight, and in repose it lists to one side, the left. His politics, if he had any, would be the opposite. For he is the fascist, the boot in the face, the brute. All men worth having in bed are partly beasts. Every myth we have tells us this: Pan with his animal legs and human mouth; the beast that Beauty left her father for; the devil himself, with the wild witches — the bacchantes of Salem — cavorting about his puckered anus. And kissing it. Part of the lure is the degradation, the fact that we are creatures born between piss and shit, and in our darkest moments we obsessively recall that dilemma.

If twenty men were lined up before me with full erections and sacks put over their heads and torsos, I could identify my love (may I call him that?) by the curve of his cock. Angry and red in erection, circumcised (not because of his religion but because of the age in which he was born), curving like a boomerang which always returns to its owner, is it beautiful only because it leaves me? Is it just because I can possess it merely for brief interludes that it holds me in such thrall? Would I love it less if it were there all the time?

No danger of that. For I love a runner. No sooner does he call me his witch, his bacchante, his lady, his love, than he has to flee. 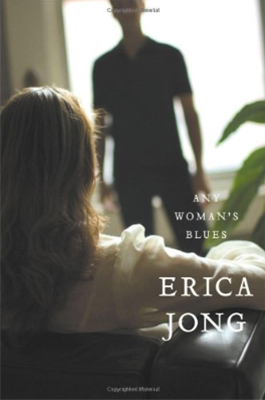