A decade after her first appearance in the bestselling Fear of Flying, Isadora Wing is back, and she's trying to have it all: career, baby, liberated love life. In Parachutes & Kisses, times have changed since Isadora first took off. The dreams of the Sixties have been brought down to earth by the grim but rollicking realities of the Eighties. Married (again) and divorced (again), Isadora's a single parent now, with an adorable daughter, an irritating ex-husband, and a motley crew of suitors. Besieged by "eligible" men, Isadora discovers that love and sex in the Eighties requires a whole new etiquette.

A deliciously wry look at love and sex in the Eighties, Parachutes & Kisses brings "liberation" up-to-the-minute — and beyond. It is a novel about a woman's search for her ancestors and for love that satisfies the soul and (maybe) lasts.

Chapter One: We Are the Older Generation or Baby Boom Grows Up

I am delirious because I am dying so fast
—Henry Miller

It is, of course, impossible to judge what course evolution would take after human extinction, but the past record strongly suggests that the reappearance of man is not one of the possibilities. Evolution has brought forth an amazing variety of creatures, but there is no evidence that any species, once extinguished, has ever evolved again.)
—Jonathan Schell

Isadora, separated from Josh, is like a kid in her twenties. Only like the kid she never was in her twenties — almost carefree. At thirty-nine, she finds herself possessed of a demoniacal sexuality — which has no need to justify itself with love.

Once the wrenching pain of the first separated month is past, she runs around madly, as if that way she could outrun her despair. Nobody, she thinks at first, is as good in bed as Josh. And now that she's flush (though she never believes it) and famous (though she never believes that either), impotent men seem to be everywhere! Why didn't anyone tell us that if women got strong, men would get doubly weak--as if in spite? But still, she diverts herself — with a drugged-out disc jockey from Hartford (her Connecticut Yankee Mellors-the-Gamekeeper), a cuddly Jewish banker from New York, a blue-eyed Southern writer from New Orleans, a cute Swedish real-estate developer who owns (and is ruining) numerous islands in the Caribbean, a lapsed rabbi who wants her to be his congregation, an antiques dealer who drives a Rolls and never graduated from Erasmus Hall High, a brilliant, astoundingly well-hung, twenty-six-year-old medical student who can get Valium, Librium, Quaaludes, and Sonoma County sinsemilla in abundance (and in his spare times is discovering a cure for cancer), a plastic surgeon from New York who's into oral sex, and so many others she's practically lost track.

Everyone is into oral sex, it seems. Everyone has discovered the clitoris. In the ten years since she took off from Bennett Wing and ran (briefly) away with Adrian Goodlove (then wrote a book about it that gave women everywhere permission to do the same), the world has certainly changed. For one thing, there is more oral sex. For another, more impotence. For a third, sex is ubiquitous and yet also somehow devoid of its full charge of mystery. For a fourth, the world is definitely lurching to its end.

Isadora's generation is middle-aged. Those irrepressible baby-boomers, who thought they would never sag, bald, or die, are now sagging, balding, and dying at an appalling rate. A lot of them have ex-spouses in abundance, children on alternate weekends, houses in the Hamptons, houses in the fabled counties of Fairfield or Dutchess, co-ops or brownstones in town. Some even have stocks, bonds, money-market funds, lawyers, accountants, business managers, and hemorrhoids. (These things apparently go together.) 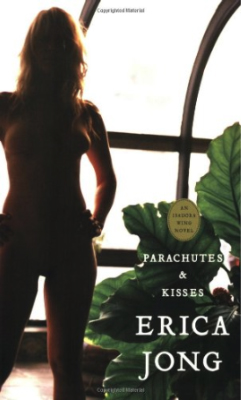