Shylock's Daughter: A Novel of Love in Venice

Shylock's Daughter is the culmination of a love affair with the city of Venice that begins with Jong's first visit at the age of nineteen. Drawn by the city's watery beauty and the legacy of Byron, James and, especially, Shakespeare, who set seven of his plays there, Shylock's Daughter was completed over four summers spent in Venice and the Veneto, growing out of notebooks Jong began for her own pleasure. Shylock's Daughter begins in the steamy, paparazzi crazed atmosphere of the Venice Film Festival where Jessica Pruitt, a famous American actress, is serving as the Festival's only female judge. Although her agent urges her to return to her career in Hollywood, Jessica plans to stay on in the city she has loved since childhood, enthralled by the intrigue and cruelty of her Venetian setting. With a poet's mastery of language courage, wit and eroticism that readers have come to expect, Jong gives us a revealing portrait of our modern day film world and a clue to the passions behind Shakespeare's most enigmatic work.

"A shimmering mix of fantasy, poetry, and sensuality."
—New Woman

"Erica Jong has written a sexy adventure story which is a real page turner. [It] will surprise and delight her fans and win her many new readers."
—Ken Follett

Published originally as Serenissima in 1987 by Houghton Mifflin 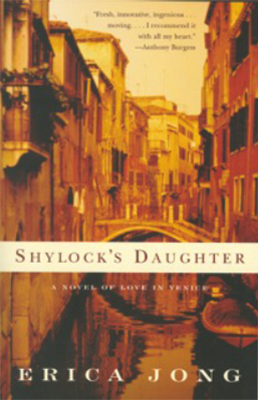