“Get it and read it. You need it. We all need it. In this time of agitation and fear, you will fly with Erica Jong—she brings us back to what matters—the heart, the mind, the head, the imagination—the “Yes” of life.”
—Judy Collins

A Desire for Wholeness, the Wholeness of Desire:
The World Began with Yes by Erica Jong,
by Larissa Shmailo

In the nineteenth century, literary women who made their sexual desires known died gruesome deaths, such as the arsenic anguish of Emma Bovary and the decapitation by bourgeois rail of Anna Karenina...

Erica Jong - Woman, Author, Icon and... Italophile
Interview with the fearless writer that transcended eras, genders and stereotypes. During our conversation with the feminist icon, we’ve also come to discover the author’s strong ties with the Italian culture, from her love of Dante to her encounter with Umberto Eco.

Fear of Nothing: An interview with Erica Jong
The legendary author and social critic takes on modern American, millenial life, Trump, Clinton, and our grim future. 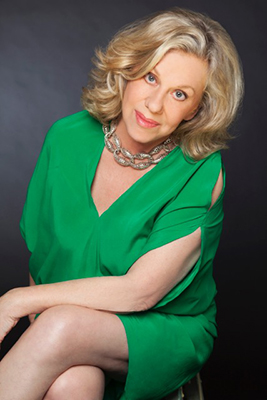